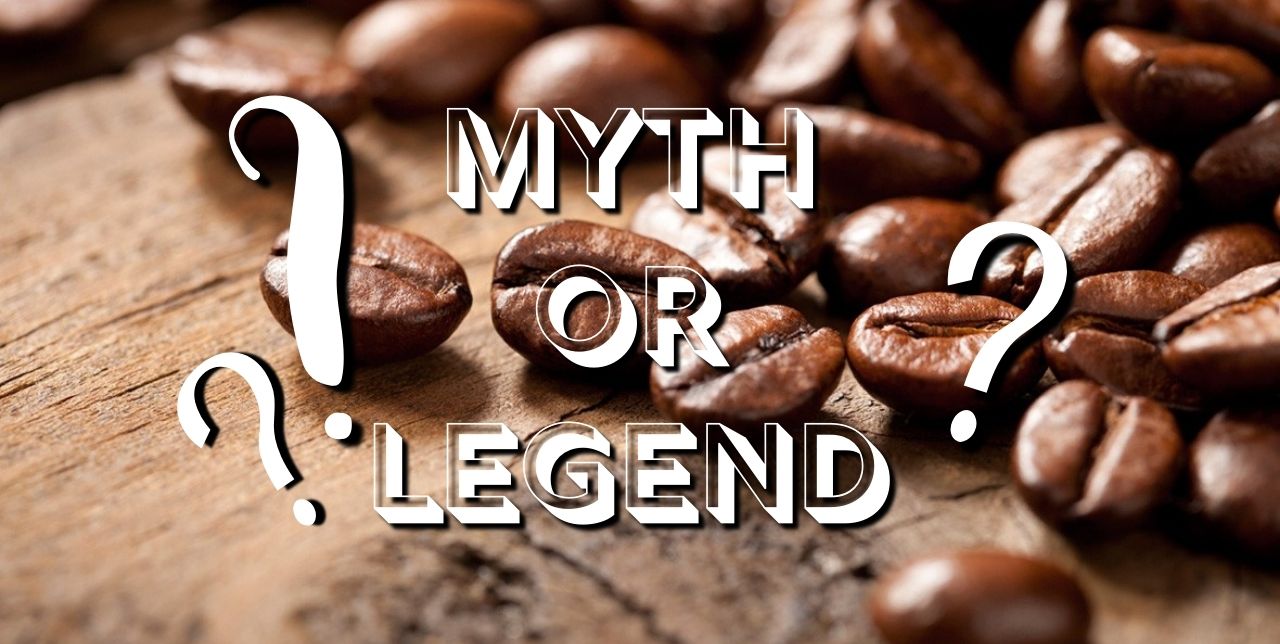 Over the years, there have been many coffee myths and legends propagated by well-intentioned family members telling us that coffee will “put hair on our chests” and “stunt our growth.” But are these fact or fiction? Does kopi luwak coffee actually come from cat poop? Did the famous composer, Johann Sebastian Bach write a song about coffee? History and science will help us decipher fact from fiction, myth from legend, and coffee tales from coffee truth. 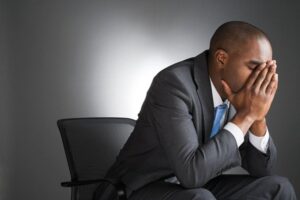 Coffee tale: Coffee will dehydrate you.

Surprise, surprise! This is a myth.

For years, we were told that coffee is dehydrating. Coffee is a diuretic and it may increase the urge to make a break for the bathroom. However, it is a myth that coffee will cause you to be dehydrated.

According to WebMD, although coffee is a diuretic, the diuretic effect is not strong enough to offset the amount of hydration you get from drinking coffee. In other words, you can drink it without fear because a little coffee can actually be counted in your total fluid intake towards hydration.

As a child, you may have been chastised for sneaking a sip of your parent’s cup of joe. They likely laughed and told you that coffee stunts your growth. But this is simply an old wives’ tale, as told by kidshealth.org.

You see, growth is typically dependent on your genes and your nutrition. There may be a few other factors, such as diseases or health issues that could change your growth, but coffee? Nah.

While children typically haven’t acquired the taste for coffee and its bitter flavors, having a little bit won’t stunt their growth. Still, it’s obviously still ill-advised to give children coffee until they over 16, later if possible. Caffeine does have an addictive property and its effect may have disproportionate effects on youth.

Coffee tale: Coffee is bad for your health.

Nutrition trends change as frequently and what is considered healthy one week might be considered unhealthy the next. And although some folks may say that coffee is bad for your health, this is, in fact, a myth.

Unless you have a medical reason to avoid coffee and /or caffeine, coffee is actually good for you. According to the Mayo Clinic, if you have problems such as heart problems, high blood pressure, reflux, or insomnia or might be pregnant, then you may want to avoid coffee and caffeine. However, barring any health issues, coffee might just improve your health.

The Mayo Clinic states that coffee could reduce the risk of disease such as diabetes, Parkinson’s, and a few other issues. Health.com says that as long as you don’t overdo it, coffee might help with athletic performance, mood enhancement, and may even contribute to your antioxidant intake.

Sounds like a crazy tale a second grader would spin, but, this legend is in fact true! Kopi Luwak coffee, unlike all other coffees, comes from cat poop. Somehow, that’s why it’s so smooth!

Kopi Luwak coffee comes from Indonesia. The kopi luwak, or civet cat, is a small wild animal that resembles a cat. Wild civets seek out the tastiest coffee cherries and eat them. Cherries are digested, and coffee beans get fermented in civet stomach juices, reducing their acidity.

The kopi luwak then poops out the beans. These coffee cat poop logs are collected by coffee farmers, washed, and processed to make kopi luwak (also known as cat poop) coffee. Thanks to the natural fermentation process, kopi luwak coffee is smoother than any other.

A myth, of course!

“That’ll put hair on your chest” – used in jest to describe something that is exceptionally strong or bitter. However, as a myth, this one is false.

There is no scientific reason to back any explanation of coffee putting hair on your chest. However, some scientists claim that caffeine can reduce male pattern balding because of caffeine’s effect on testosterone. However, to ingest enough caffeine to make this happen would require about 60 to 80 cups of coffee per day, well above the limit generally regarded as safe.

Aside from putting caffeine directly on the scalp, you are unlikely to get any hair growth from your daily jolt of java. Sorry guys! 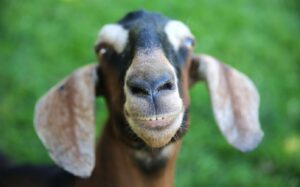 As legend has it, our discovery of coffee may have been triggered by goats. It’s a great story, just completely unverifiable.

As the story goes, Kaldi was an Ethiopian goatherd. He noticed that his goats were attracted to a bush with bright red berries and when they ate the berries, they became excitable and energetic. He had to try the berries for himself!

He brought the berries to a nearby monastery, but the monks did not approve of the use of the berries so they threw them into a fire. The fire roasted the beans and created a wonderful aroma. The beans were raked from the embers, ground up, and dissolved in water, creating the world’s very first cup of coffee. We’re not sure about you, but we find this one believable…

So there you have it, a single truth amidst a sea of myths! The world’s best coffee comes from cat poop, and it’s healthy as______!